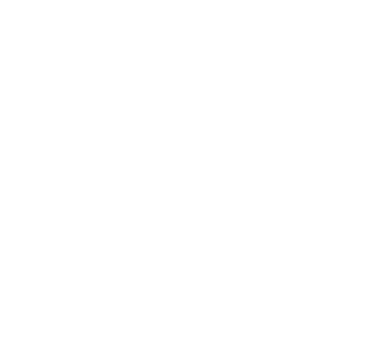 Donate now
Quem somos
Who we are

The Amazon Reforest Alliance aims to recover degraded areas in the Amazon rainforest and generate, in addition to a positive environmental impact, an increase in food security and a sense of belonging to the communities that are part of this movement. To do this, we created a network that acts through reforestation and cultural exchanges, giving support and incentive to the spread and strengthening of the culture of the forest peoples. We will work directly with traditional communities – indigenous, riverine, and extractive –promoting a lifestyle based on the restoration of local landscape; sustained over generations and reinforced in the living and healthy forest.

Our initiative allows for the maintenance of the rich biodiversity of the largest tropical jungle on the planet. Which, along with the generation of freshwater, are the true wealth of the Amazon. In addition, the collection of seeds from hardwood trees in native matrices, some of which in extinction, supports the genetic heritage of the Amazon flora.

Our reforestation proposal aims to plant agroforestry areas in and around Indigenous Territories and Extractive Reserves (RESEX), regenerating deforested lands degraded by human action. We will do this through a pre-established partnership with forest peoples by planting agroforestry systems, which generate a rich and biodiverse forest.

We believe that encouraging, valuing, and strengthening a network of traditional communities focused on agroforestry reforestation is an investment in the future. Not only because the trees planted today will grow and bear fruit in a few years, but because, at the rate at which the Amazon is destroyed, the restoration of forest areas will become increasingly urgent and necessary. Investing in a network of local communities that sees the importance of keeping the forest standing is to plant a seed that bears fruit. The multiplication, not only of the agroforestry planting technique but also of the worldview that supports it, is the guarantee of protection and regeneration of the Amazon rainforest today and in the future. 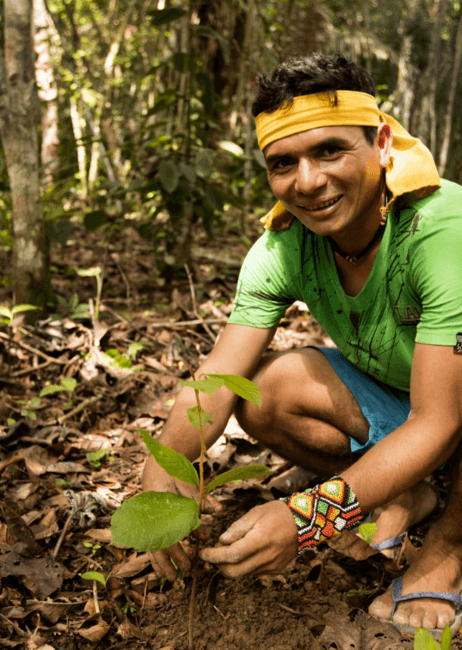 “Every tree planted is a curative made on the Earth."

Through a solid alliance with the forest peoples, this initiative will be made possible. Communities will receive incentives such as training, cultural exchanges, and financial resources for seed collection, nurseries’ construction, planting, and monitoring of the saplings (for three years).

The agroecosystem consists of three seedlings combined (a hardwood, a fruit tree, and a faster-growing pioneer tree that protects the other seedlings) is the planting methodology we want to apply. Up to 150 different tree species can be used. Agroforestry is a technique that, when properly administered, acts as a catalyst for natural forest processes.

The Amazon Reforest Alliance differs from other environmental recovery initiatives. It follows the traditional methodology of regenerating the forest, ensuring greater food security through an agroforestry system, and proposes to create, encourage and promote a network of exchanges and support between different indigenous, rubber tappers/extractives, and riverine peoples.

We value the culture of the forest, allowing for an action that is sustainable in the long term, structured on traditional cultural practices that strengthen the governance of local communities and keep the forest standing. In this sense, we will also seek to support cultural actions that value the traditional Amazonian lifestyle, where the synergy between man and nature takes place and thrives. 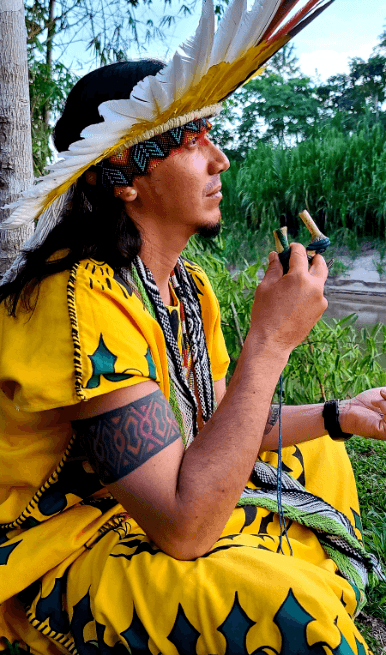 "Increasingly, in addition to care and preservation, I see the importance of recovering areas that were devastated. Reforestation is needed.”

- Teacher, Brazilian Senator (1995-2011) and former Minister of Envionment of Brazil

Each community will follow a methodology to create and sustain reforestation in their territories, generating and developing an appreciation of the living forest. Overall, this methodology consists of the following activities:

1 - Mobilization and stimulus of the collective

2 - Exchange of knowledge on agroforestry and other topics

4 - Setting up nurseries and taking care of seedlings

6 - Monitoring and maintenance of seedlings for three years

The Yawanawá people from the Nova Esperança village on the Gregório river have already started the activity of mobilization and encouragement of agroforestry reforestation through a cultural exchange encounter. The gathering was led by indigenous leaders Benki Piyãko Ashaninka and Isku Kuá Yawanawá.

The Amazon Reforest Alliance promoted this cultural exchange as part of the first reforestation activity in the Nova Esperança village.

Planting at Puyanawa indigenous territoryThe Indigenous territory (IT) Puyanawa has an area of 24,499 hectares,located on the right bank of Moa River, west to the city of Cruzeiro do Sul,among the Bom Jardim and Generoso igarapés, with a population estimatedin almost 800 indigenous.

For the next action of Reforest Alliance, we plan to recover deforested areasin that territory, planting according to agroforestry guidelines. Besidesseedlings of native trees, we will also plant fruit trees to strengthen the villages food security and the planting of medicinal plants.Around 3.9% of the territory has lost its native forest cover, which wasmostly already deforested when the territory was approved in 2001. Thispercentage accounts for 955 hectares of lands in the IT’s east portion,which are used for pasture, planting of manioc, small areas of cultivation,capoeira vegetation, agroforestry gardens and building areas. Since the ITdemarcation, the average rate of deforestation is continuously reducing. Inthe last six years there was no registry of deforestation, what shows thecommunity’s intention to value the existence of the primary forest andprioritize the areas already modified for the planting of manioc.

“We have to join efforts, unite movements, the actions of some reinforce the work of others. Let's go all together.”

– Musician, Environmentalist and former Minister of Culture of Brazil 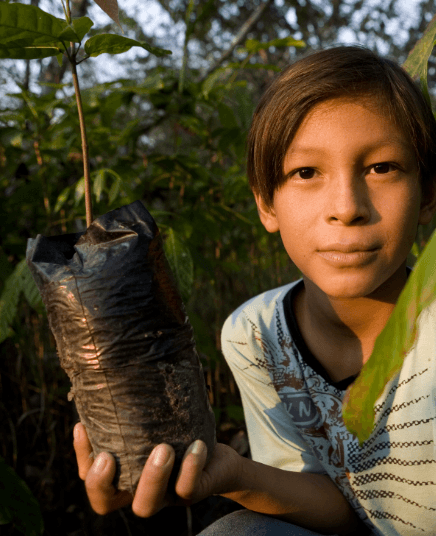 Our donations campaign aims to mobilize and raise funds to expandAlliance’s operations and enable new reforestation fronts in the Amazon onbehalf of traditional communities. The campaign is developed in partnershipwith Welight – organization associated with World Wide Initiatives forGrantmaking Support (WNGS) – through our website aliancareflorestardaamazonia.org.

After taxes and fees, combined with each community, this is how the fundswill be used:

Construction of a permanente nursery up to 7,000 seedlings

Setting up a seed bank

In January 2022 we initiated this reforestation project at Nova Esperançavillage, in Rio Gregório, State of Acre. Executed with the sponsorship of theelectric energy company Energisa-Acre, under the leadership of chief IskuKua Yawanawá, in this first step of the project not only seedlings wereplanted, but also a nursery with seedbeds was built and will remain forfuture plantings and cultivations in the village. The seedbed has alreadyseeds of mahogany, copaiba and other plants. At the second step of thisproject, held in April, we continue the planting, and we build a seedbankand conduct a tree climbing training.

The project has also partnered with Benki Pyiãko, Ashaninka indigenousleadership, founder of Yorenka Tasorentsi Center, which welcomed anYawanawá group in October 2021 for agroforestry knowledge exchange andprovided, in Januery and April 2022, two agroforestry workers to collaborateon the planting and on the construction of the nursery in Nova Esperançavillage, in addition to coming personally at the second planning in April2022.

Another partner of this project is Luiz Puwe Puyanawa, leadership of thePuyanawa people, who has experience in reforestation. The PuyanawaBarão and Ipiranga villages, at Moa River, in the city of Mâncio Lima, stateof Acre, have their own nurseries that provided the seedling for the firststep of the planting. Puwe and an entourage of Puyanawa agroforestryworkers were at the Nova Esperança village and assisted in the planting inJanuery and April 2022. The project is executed with the sponsorship of Energisa.

On the banks of the Gregório river in the city of Tarauacá, state of Acre, theYawanawá indigenous territory has around 187 thousand hectares. NovaEsperança village was established there in 1992 under the leadership ofBiraci Nixiwaká Yawanawá – father of Isku Kuá – who mobilized theYawanawá people to recover their ancestral culture and to occupy theirterritory after more than 40 years under the control of rubber tappers andmissionaries who deterred them from speaking their own language.Isku Kuá Yawanawá – also known as Biraci Júnior Yawanawá – carries onwith his people legacy of resistance, strengthening the cultural traditions,taking care of the land and sharing Yawanawá wisdom throughout theworld. Among the initiatives in his community is the creation of the IskuVakehu Center that is under construction and will serve for the revitalizationof the Yawanawá culture, specially for the language recovery amongindigenous youth and child.

Training in tree climbing to collect seeds on trees 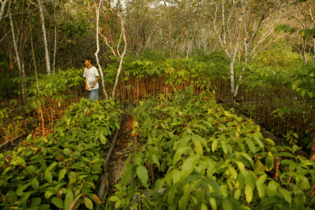 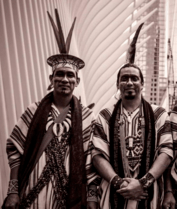 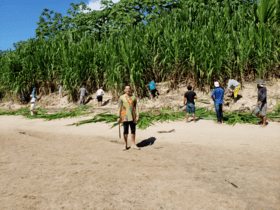 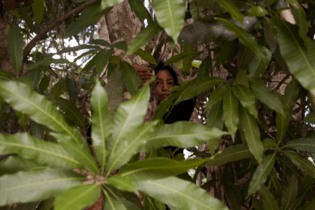 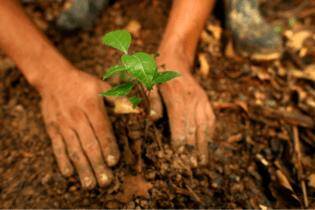 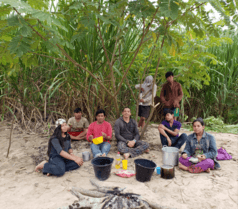 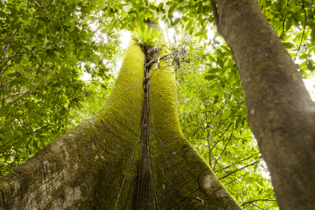 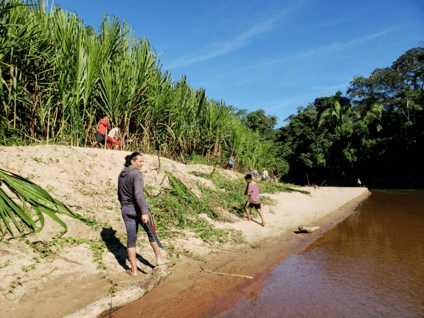 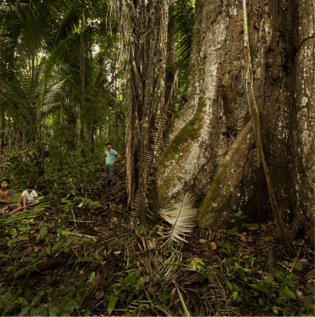 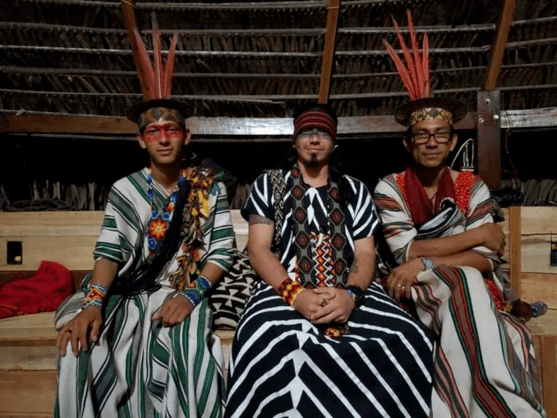 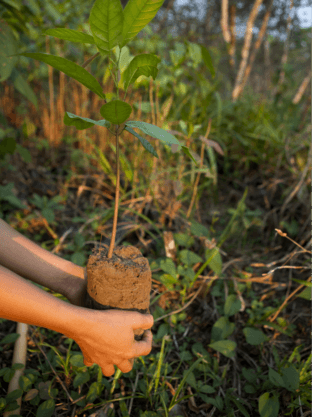 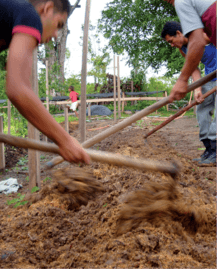 This campaign transacts the funds collected in a transparent digital account, with operations registered in blockchain.

This campaign uses Welight's solutions to raise funds. Together, we go beyond technology to accelerate the transformations to achieve the Sustainable Development Goals and balance the relationships between people and the planet.